Can you guess where this topic came from? Me neither. But if I somehow could, then I would make an educated guess and say it came from the same article as my last few posts. I guess we’ll never know, because I opened it in an incognito tab. Now I’m the only one who will ever know the truth. So this one’s going to be about free time, since I know everyone’s interested in what I do outside of work/school. Most of my free time is spent playing video games or watching movies. I hang out with friends too, but I don’t have any in oregon and I don’t plan on making any. There was one guy that became sort of close with, but he moved to California. His dad was seeking out business ventures, and found a place where he could start up a hood cleaning in sacramento business. 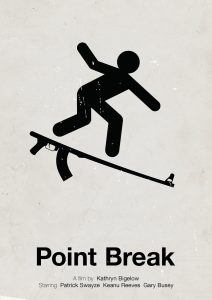 Once I move back to Nevada, I can hang out with Steph and Joan & the guys. I didn’t really get to hang out with all of the guys too many times this summer, partially because they went back to school so soon. I went to Steak ‘n Shake with Joan and Kupono during the school day once, because they both had free periods. Actually, I think KP just didn’t want to go to his class. We’re seniors, after all. We’re allowed to leave whenever we want. Whenever I hang out with Steph, I’m pretty much never on my phone. Other than when I’m looking up music or we’re going to watch a video, stuff like that. I used to spend all my free time with my cousin Gabe whenever he was at my uncle’s house, but now he doesn’t go over there anymore.

It doesn’t really help that I hate him, either. I know a ton of stuff about movies because I’ve seen so many, but I actually tend to get really bored during movies. I don’t have the greatest attention span, so if the movie isn’t one of the best, then I have no real reason to watch it. Especially movies that are super slow and sentimental. Heist movies can take their time to set up plot points, but they’re still engaging and intelligent.